MEDLIN RANCH ON THE BORDER OF AREA 51 UP FOR SALE

Check out an article on the DailyGrail website about a parcel of land directly adjacent to AREA 51 that’s been on the market for a while.  This would be the Medlin Ranch, famous for its iconic black mailbox that served as a roadside landmark for UFO hunters before it was auctioned off at the Little A’le ‘Inn during the E.T. Highway festivities in 1996.  The story mentions the irrigation troughs, feedlot pens and branding corrals that comes with the ranch houses and acres of land, but is silent when it comes to scorpions, trap-door spiders, cammo-dude patrols and occasional saucer nuts lurking about disguised as papier-mache boulders. Here’s  a photo that I took of the original black mailbox 30 years ago – before DC and I became the first trespassers to be detained at the ‘secret’ base after a new BLM land grab went into law. 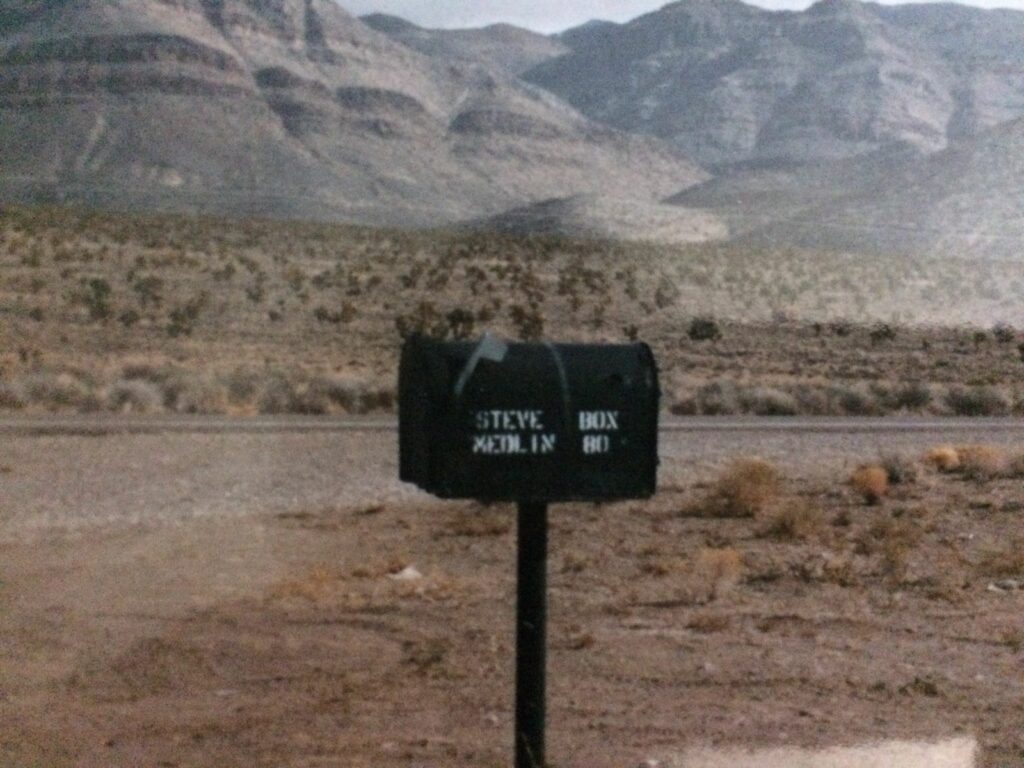