While searching for a legendary treasure believed to have been buried at a rural Virginia location, Jack Atkins is given a fresh lead at an estate sale. Among the rare volumes in the library of the family’s patriarch, Grumble, is a dusty copy of Sir Francis Bacon’s unfinished utopian work entitled New Atlantis. Jeremy Pye, a fellow seeker of fortune that Jack befriends, is convinced that a finished copy was spirited away in the past and still remains concealed in a hidden vault, and that what this “perfected” version reveals is infinitely more valuable than a hoard of gold. While exploring the connections between a Masonic allegory embedded in cipher texts and those ingeniously encoded in the works of Shakespeare – in particular the bard’s swan song, The Tempest – they unmask a cabal of illustrious figures known as “The Good Pens.” Meanwhile, Jack is smitten with Grumble’s great granddaughter, Callie, who is in possession of a family ‘heirloom’ – an artifact of unfathomable antiquity that, at times, appears to be sentient. This might explain why shadowy government types watch their every move, along with a mysterious presence that attempts to guide them on their quest with visions whose meaning they struggle to grasp. Soon, the three are drawn to a private island near Bermuda, whose enigmatic owner is inclined to pleonexia – “an insatiable desire to have what rightfully belongs to others.” Living in a paradise that contains parallels with the enchanted isle of The Tempest, they are witness to undreamed-of things that enduring myths of fantastic events in distant times give only a faint penciling thereof. 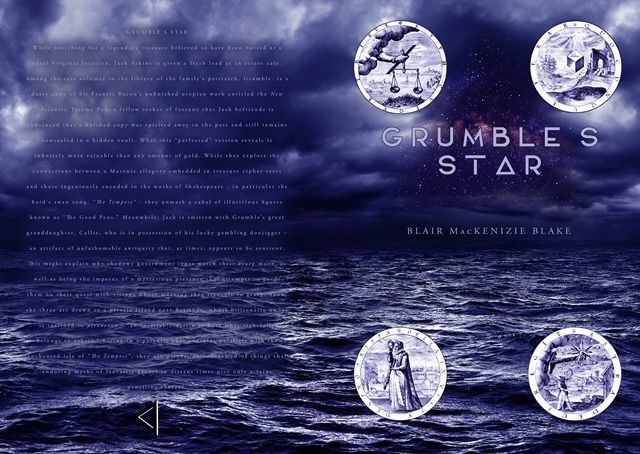 AS MY INSPIRATION FOR WRITING THE TRILOGY,

the following came from the “Letters to the Editor” of a vintage hot rod magazine:

Having read about requests for letters regarding the most unusual hot rods ever built, I would like to take this opportunity to share with the subscribers of my best-liked magazine an experience that occurred some years ago while I was visiting a small town in southern Illinois. Though I realize my story will seem preposterous, the following is a true account of what I saw (and I was not drinking beer at the time!).

A good friend of mine (and fellow hot rodding enthusiast) introduced me to the president of a rod rod club in said boonies. This fellow, first name being Maxx, also happened to be the town undertaker, which made for some morbid jokes, like him being called “The Grim-Beeper.” Before continuing, let me describe his street machine, for it was very showy and worthy of the cover of “Hot Rodding Illustrated”, though, as you will soon learn, this was no ordinary trailer queen.

Parked in the gravel driveway of an old Victorian style house on a semi-rural road called “ShadowCrest” was an early 50s Packard Henny hearse that had been given the works. Its was painted matte black with its beltline emblazoned with the club’s name, “Will O’ The Wisp” in spectral green hot licks. Festooned with chrome, much detail was given to the customized funeral coach, such as the front lamps being black lanterns, the roof girded with barbed wire and a placard on the scoop that said, “Last Ride.” In the business end there was even a wooden coffin.

When I climbed inside to check out the leather upholstery and dashboard details something quite odd happened. For some reason, when thinking about Maxx’s pet cat that I had recently accidently let out the back door of the house, suddenly, while peering through the windshield, I could see with great clarity the fancy Siamese cat stalking something in the soy bean patch behind the yard. Though it was well after midnight at the time, it looked like a bright sunny day! Not only that, but the cat appeared to be less than a foot away, even though it was actually nearly 50 yards away. When I jerked my head back in shock, I saw that the gauge bezels and auto meters on the dash were filled with the craziest colors that I had ever seen. After I jumped out, probably with my face as white as a ghost, the owner just chuckled and mumbled something about me touching the “super shift.” (The car’s silent slushbox was fitted with a chrome skull gear knob). One other curiosity: When I looked down, my muddy white Nubucks were spotless. Same with my clothes, which smelled like Vanilla pie filling.

That completes my story, but I would like to add that my friend later told me how fellow rodders talked about Maxx driving his speedy meat-wagon on the local back roads. Hanging out at a popular burger and root beer joint where they showed off their chopped frames and biggest baloneys, they described him setting all kinds of club records while attempting to pass through a series of crossings and trestles known as “The Seven Gates to Hell.” They also spoke about the weirdly glowing lights spotted at times that seemingly moved high above the narrow, twisting country lanes when Maxx was in the area. I still don’t know what happened inside that body buggy of his, but have often wondered if it was something else in disguise, perhaps the hot rod of a visitor from outer space like one of those flying saucers people talk about.” 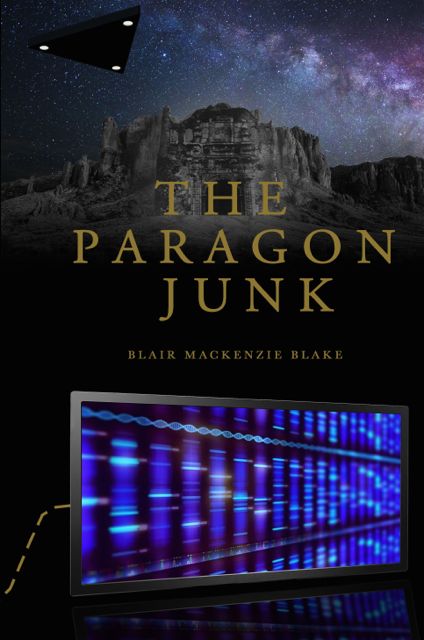 AND… this article appeared in the Police Blotter in Mfkzt Spectrum in the early 1970s.

“Complaints by home owner Maxx Schaufler in past years have prompted Mfkzt police Chief Turley to issue a warning to would-be trespassers this Halloween. Patrols on ShadowCrest will be increased and anyone caught trespassing or vandalizing the property will be arrested and jailed. Supposed irregular activity of birds in the yard, will-o’-the-wisp type floating lights over a soy bean field and subtle distortions to the house’s architecture account for the belief held by some town folk that the old Schaufler residence is haunted due to being built over “the pit of the Biblical Fallen Angels.” Those looking for ghosts or demons, Turley told The Spectrum, “should go to the spook house in the gymnasium at Ella Kampmeyer, whose proceeds go to education resources.” 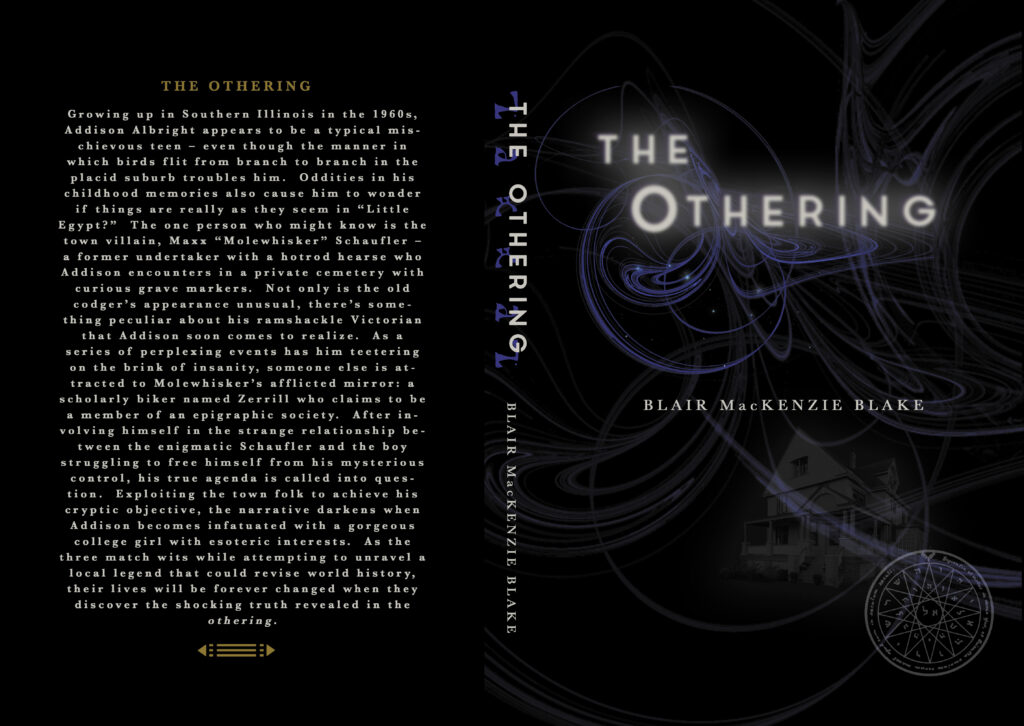 MORE RECENTLY, a doco on TroVe contained the following:

“According to the filmmaker, high strangeness was occurring in the small town of Mfkzt in southern Illinois. For instance, the outskirts of a town of less than 5, 000 people had become a United States Space Force location, with a complex of high security buildings. Besides fenced off cargo terminals, there was a large hangar for advanced military craft. However, rumors circulated around town that the facility was part of a space archaeology division within the USSF whose task it was to preserve artificial orbital debris in a kind of galactic museum. But others believed this was just a cover for its real mission – to search for alien techno-signatures.

Adding to the mystery was what a maintenance worker claimed to have seen inside the hangar. Instead of glimpsing robotic space planes or other exotic aeroforms, much to his astonishment, he saw a ramshackle Victorian house complete with its adjacent garage that was situated on a well-tended yard along with a couple of sycamore trees.

As strange as it was to see a decrepit large house and its freshly mowed lawn as a protected asset inside a hardened military shelter, what happened when he backed away from the sagging veranda was even odder. Looking down, he noticed that his soiled uniform and muddy work boots were now immaculate, as if they had somehow been laundered spotless. How this was possible he hadn’t a clue, but he sealed both the clothes and boots in plastic bags when he went into hiding after going public with what he observed.

After sharing the ex-maintenance worker’s remarkable tale, the video’s narrator spoke about other bizarre incidents told by the townsfolk that might offer a possible explanation as to why a secure aviation hangar had been constructed over a forbidding old house. Located on a back road called “ShadowCrest”, for years the Victorian was known to locals as the “Loony Tunes House” due to a series of strange occurrences associated with it.

Many claimed to have witnessed anomalous phenomena in the front yard – in particular what they described as an eternal-looping generator effect, in which birds (usually cardinals and blue jays) seemed to have identical (not just similar) flight pattern contours. This has been compared to the cost-cutting measures used in old cartoons, where the exact background scenery is repeated.

Others spoke about one of the past owners – a gaunt oddity named Maxx Schaufler, who was the town’s undertaker and had been given the nickname, “Molewhisker” for the unsightly protrusion that grew from an ordinary mole on his chin. Though he had become reclusive in his later years, in the 1950s he was the leader of a notorious Hot Rod Club called WILL O’ THE WISP that raised hell on the country roads. The local paper even did a story on him and his old funeral coach that had been converted into a flashy street machine, but the article was slanted with humor as a way of poking fun at gullible readers. Nefarious activity attributed to the “grim-beeper” was compared with tales about Abraham Lincoln’s ghost visiting family dinners when chicken fricassee, biscuits and apple pie for dessert were served.

But not everyone was laughing. Many Christian residents believed that Schaufler’s Victorian was originally built over the pit where the Biblical Fallen Angels were imprisoned for their past transgressions. Making their case for the preternatural nature of the house, they cited that several attempts made to burn the place down had all failed. It seemed that the gasoline-drenched wooden structure couldn’t catch fire.

Tales of Schaufler’s flashy hot rod resurfaced in the Spectrum when a farmer reported a bizarre incident that occurred at his property on the outskirts of town. In the recent account, the man had been scouting deer at night while positioned inside a ground blind that blended perfectly with the wooded area. Through one of the see-thru panels, he observed an object floating over the field that he said was hard to describe. It resembled a metallic soap bubble that was “bigger than a 1000 gallon propane tank.” Sections of it were softly illuminated, including biomorphic appendages that fluttered in a graceful manner as if mimicking a bird’s wings. Though confusing to behold, the craft seemed to be under intelligent control. His impression was that it was some kind of “living machine.”

After watching it float silently from his panoramic view, its movements suddenly became erratic. There was a blinding flash that was followed by a whirling vortex of brilliant silvery filaments as the thing quickly began to reassemble itself. At the same time, suspended in mid air above the scattered debris were minuscule symbols that repeatedly changed shape. According to the witness, the tiny unintelligible figures were like a graphic representation of something seen on computer screens, “only there weren’t no screens – they just dangled there still-like in the wind while switching through all kinds of colors.” When he left the hunting blind to check out the wreckage, instead of finding what he assumed to be a high-tech shuttle craft or secret military drone, he was shocked to find an old style hearse (in perfect condition) that he later identified as a 1951 Packard Henney. The car was funny looking – tricked out like a 50s greaser’s street rod. Its matte black frame had been lowered, and the side service door contained spectral green lettering that read:

WILL O’ THE WISP

Seeing the headlights of approaching military vehicles, the man hurried back to the camouflaged structure, where he observed the goings-on in the field. Through night-vision glasses he watched dozens of security personnel wearing uniforms with a unique color scheme focusing their attention on something (or someone) inside the old jalopy. There was also some kind of robotic figure that seemed to be erasing those peculiar symbols that were still levitating above the ground.”