In reading the comments to my recent post about Danny’s ASMODEUS tee (which features a photo taken by him inside the church at Renne-le-Chateau – https://shop.dannycarey.org/asmodeus/), it’s evident that many readers have bought into the explanation offered by skeptics to explain the abbe Sauniere’s inexplicable wealth. Namely, that the priest trafficked in masses. 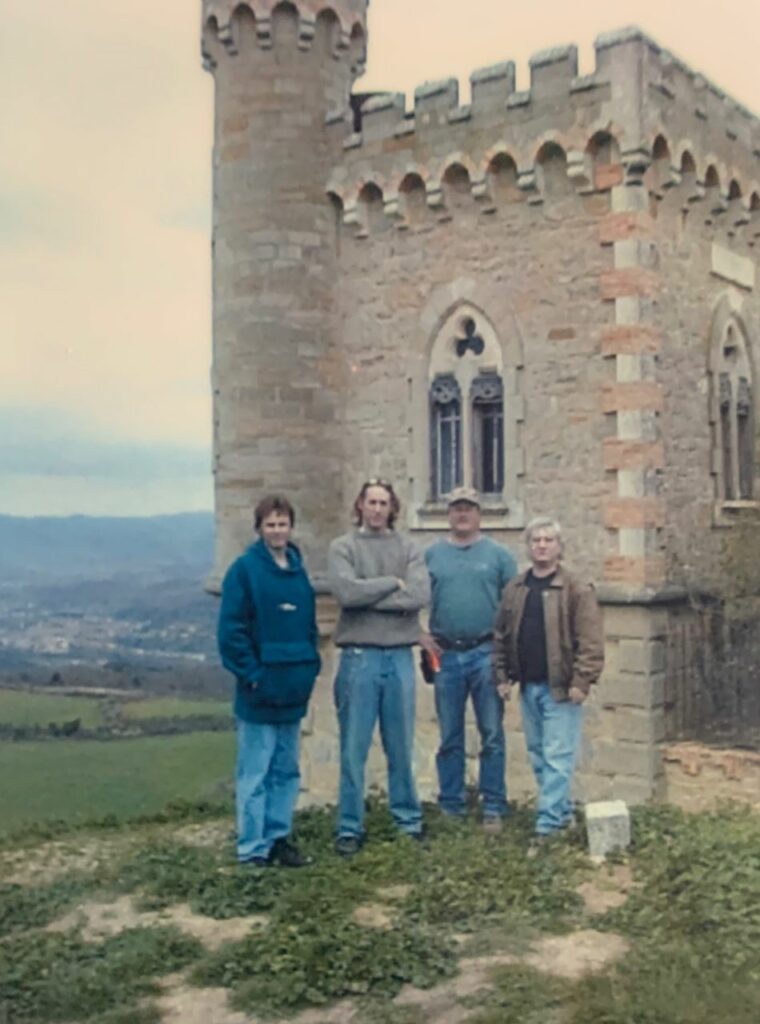 Though at first this seems feasible, what those who accept simony as the ‘case-closed’ solution to the mystery fail to account for is the math – the sheer amount of masses Sauniere would have needed to perform to obtain the vast amount of money he received – a fortune that both account books and more tangible evidence attest to. Though skeptics conveniently ignore this, the number has been calculated to be around 400,000 requests. Which begs the question: Why would people from all over the country request that masses for the dearly departed be offered by a complete stranger in an obscure backwoods village when they could have their local priest perform the same rite?

Selling masses doesn’t make sense, unless they weren’t ordinary demands. They would have to be services that were of a very special nature. Preparations that only the very wealthy could afford. Services for certain clients who would gladly pay a large sum to erase their sins and skip any judgment so that their souls ascended directly to heaven. If Sauniere had received much larger amounts of money in exchange for ecclesiastical privileges, the number of requests becomes more manageable.

“I cannot leave a parish where my interests keep me.” 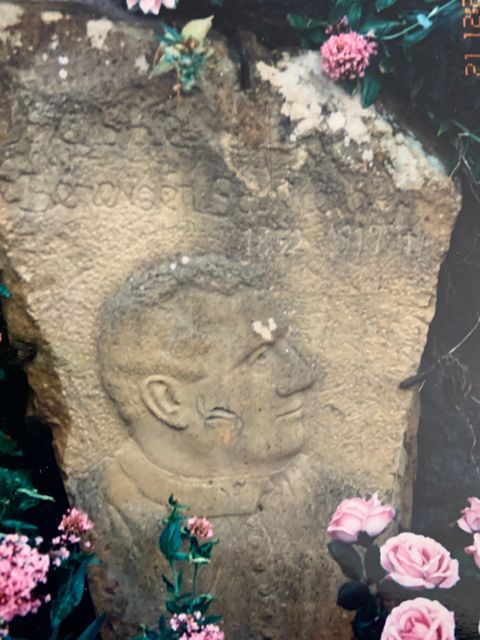 As I wrote in DARKLORE IV back in 2009 (the book is now out of print but a few copies may remain for sale on Amazon?), with its hefty surcharges, funerary magic, such as that practiced in ancient Egypt, by the Babylonian Cult of the Dead and by the heretical Cathars in the south of France, might be the answer to the central mystery. That which enables pieces of a puzzle of utter strangeness to fit nicely together.

“Rumors circulated about this behavior: even for the less religious, graves were sacred. In the cemetery, the abbe was no longer welcome because, in 1895, the town council ordered him to leave the dead to sleep in peace.” 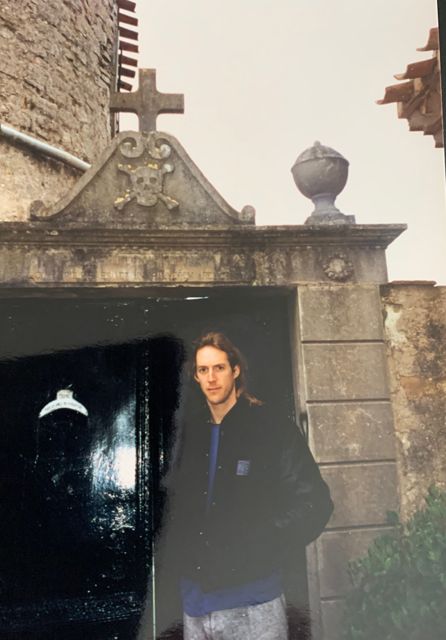 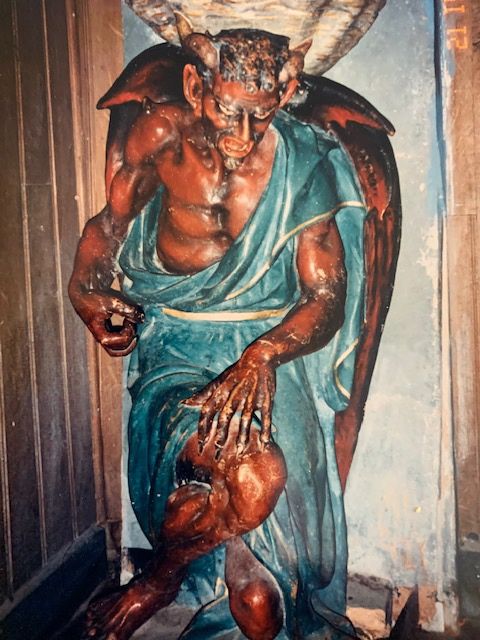 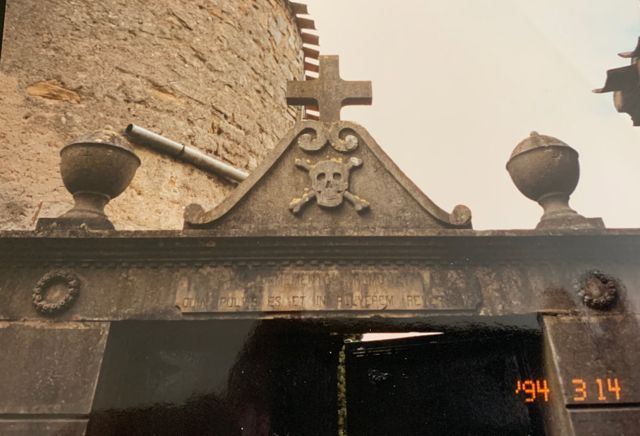 Heretical salvation involving a mortuary baptism or other prescribed rites of the Cult of the Dead (such as those described in the apocryphal Book of Tobit – a Chaldaean grimoire of angel/demon magic), might very well explain many of the enigmas that have long perplexed those that delve into the Rennes mystery. These include the priest’s nocturnal activities in the church cemetery, false walls to hidden rooms, an inverted Nativity showing a shrouded infant Jesus as seen in an illustration in Sauniere’s private journal, questionable financial transactions, the preoccupation to the January 17th date and the phantasmagoric riddles the priest left behind in his church embellishments. It might also explain the plaster demon that supports the baptismal font – a grotesque figure who greets people at the entrance of the little church, and who has been identified with Asmodeus (a central character in the necromantic rites in the Book of Tobit). Above all, ‘donations’ for the highly specialized rites could explain the deathbed confession of Sauniere that was said to have had a traumatic affect on the priest of a neighboring parish. 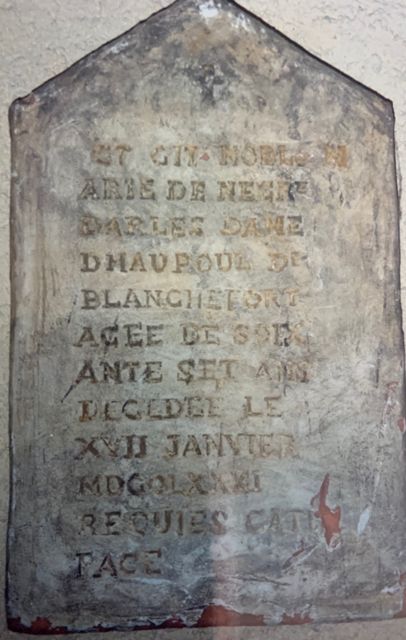 (NOTE: in my Darklore article, I take things much further, suggesting that Sauniere might have been extracting an endogenous mystification from trepanned or opened skulls, perhaps a residue that seemingly has magical properties and offers glimpses of otherworldly realms.)

The idea of the priest being involved with ancient mortuary rites has also been addressed in a book entitled, “THE RISE: Sauniere’s Magical Working and the Penitent Movement in Europe” (published in 2009). In it, the authors build a case that both Sauniere and his priestly predecessors were indeed engaged in the macabre practices of the death trade. (In my recent novel, THE PARAGON JUNK [see Chapter 6, “PAIRIDAEZIA”]
http://www.amazon.com/dp/0645209406/?tag=thedailygrail

I also suggest such a scenario, but focus more on the special properties of the local water itself, and why it was so important to Sauniere that he jealously guarded with lock and key the cistern at the church and was infuriated when the reserves were used to put out a fire!) Addressing the key questions of the intrigue at Rennes, they also propose that the mortuary ritual (along with other subterranean aspects of the church, as signaled by the gaudy spectacle of the eccentric decorations) that was of specific interest to the priest has many parallels with the Consolamentum rite of the Cathar Perfects. (With this in mind, it was no coincidence that in 1994 Danny and I and some friends visited Monsegur on the anniversary of the siege of the Cathar stronghold in 1244.) Along with the peculiar rituals of the Cathars, La Sanch, the Chaldaean Magi and the behind the scenes presence of their like-minded descendants, some of the more revealing information in the book concerns the heretical component of confraternities like the Blue Penitents, who were devoted to taking care of burial details after executions and guarding tombs. 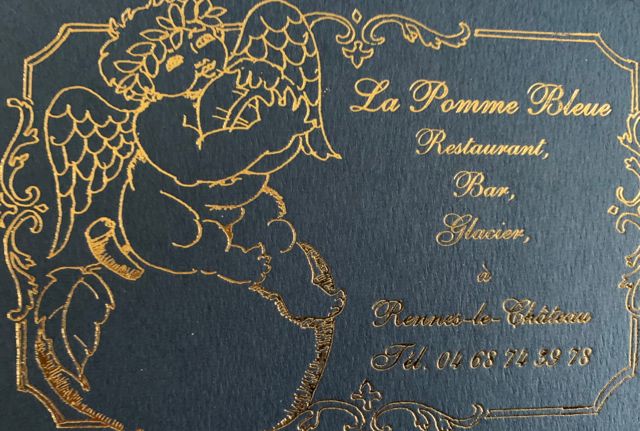 For those interested in the mystery of Rennes-le-Chateau, “The Rise” offers a unique solution, though, I might add, one that is not for the faint of heart.