TOUCH ME NOT – DMT IN BOOK OF MAGIC?

Does this 18th-century Austrian grimoire actually contain a psychoactive recipe involving DMT that is used for treasure-hunting magic? According to the modern introduction of “TOUCH ME NOT – A Most Rare Compendium of the Whole Magical Art” (Fulgur Press), it is suggested that parts of the manuscript include “a little-known yet ubiquitous European analogue of the famed potion of the Amazonian shamans, ayahusca.” Specifically mentioned is the root (dried rhizome) of a particular reed that is the source of exogenous DMT, which requires the addition of monoamine oxidase inhibitors in order to be sufficiently absorbed by the brain for the desired result. The use of a psychoactive substance (fumigation, in this case) that needs an extra ingredient to render it effective is somewhat unique in the old herbals and treasure-finding manuals employing the use of magical rituals, which makes TOUCH ME NOT an interesting specimen, indeed.

For those who are interested in these matters, more information about DMT as a possible neurochemical basis of high ceremonial magic (the states of consciousness accessed and trans-mundane entities encountered) can be found in my article in the journal of esoteric science, SUB ROSA and expanded in DARKLORE VOL 2 (DailyGrail Press), which is now out of print, though used copies can be found on ABE BOOKS and eBay. In these articles I speculate about the release of endogenous (as opposed to exogenous) DMT and its role with other dimensional realms and the angelic constructs that populate them. Quotes from my book, IJYNX regarding entheogenic potions also appear in “MYSTERY SCHOOL IN HYPERSPACE – A Cultural History of DMT” by Graham St John. 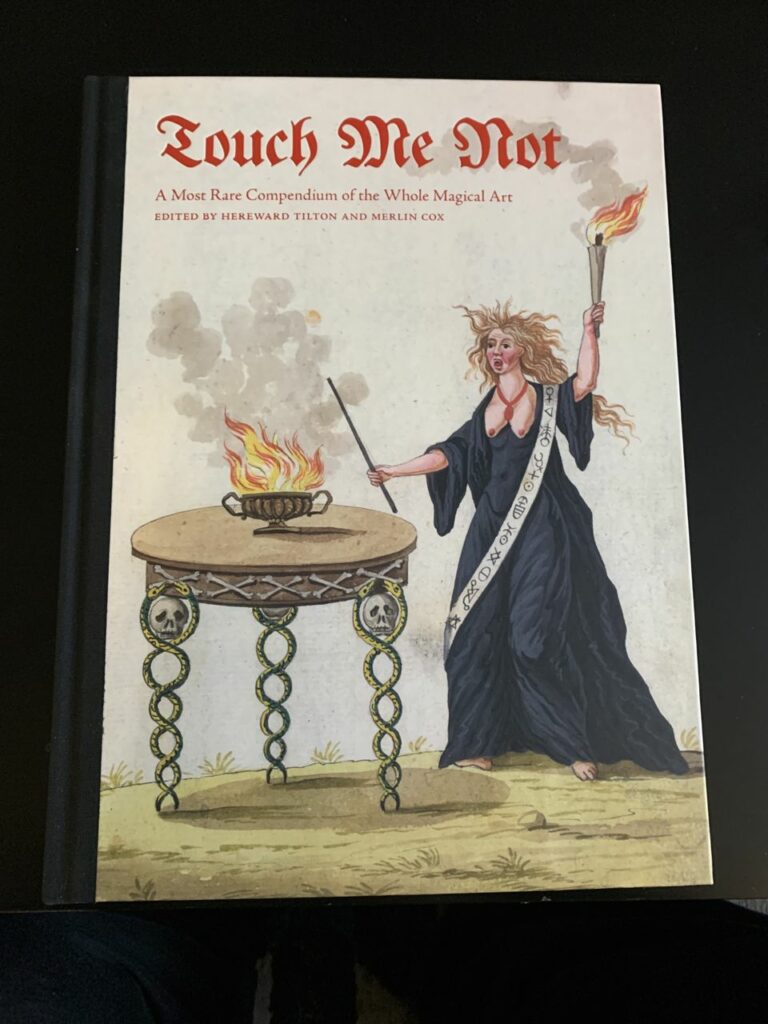