ENOCHIAN ANGEL AND THE SHAKESPEARE MYSTERY

While doing research about the controversy involving the true author (s) of the works of William Shakespeare (1564-1616), I noticed something interesting with regards to the bi-literal cipher devised by Sir Francis Bacon (1561-1626), that some investigators contend is embedded in the bard’s gravestone in the Holy Trinity Church at Stratford-upon-Avon.  Using the same transposition cipher that yields the seemingly random letters in question, along with the FR BA (Francis Bacon) – who many believe to be the true author of the oeuvre attributed to Shakespeare (although there are other candidates, many of whom might have been part of Bacon’s secret literary guild (the so-called “good pens”) – I easily recognized the name, EXARP (Ex-ar-pay), one of the Enochian angels that appeared in John Dee’s spirit communications. Both Dee and Bacon were the leading cryptographers of the Elizabethan period, and if devised as part of a Shakespeare memorial cipher by the Magus, Dee –  if not just a coincidence – what is an Enochian force doing in a steganographic message on the illustrious Stratfordian’s grave marker? 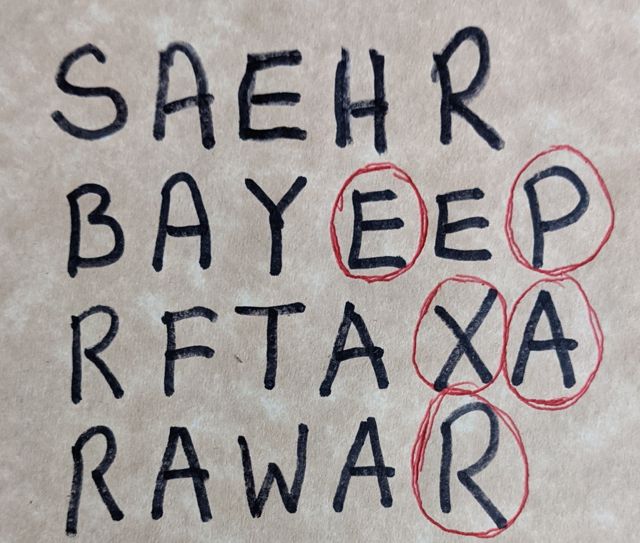 Danny’s new tee design features the elemental spirit that governs the Air Tablet, as well as being one of the master keys in esoteric thought to vibrate from the Black Cross of the Great Table.  As one of the Enochian forces, this unique tool also appears on D.C.’s talismanic boards, themselves ensigiled magical engines, whose occult diagrams (principles) are employed for creative purposes.  In addition, the new EXARP design includes a ‘parasemiotic’ symbol in the Alphabet of Daggers. 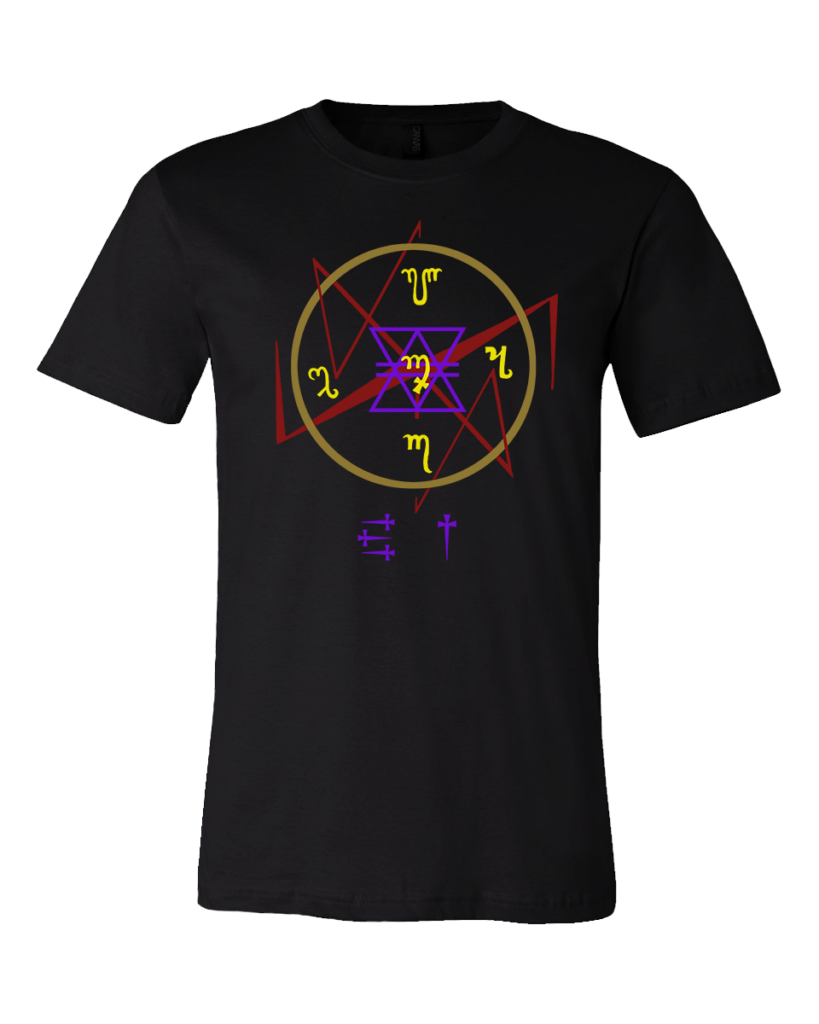